According to Stephen A. Smith, which is one of the NBA’s leading experts, the Boston Celtics point guard Kyrie Irving will be ready to meet with Lakers representatives in the summer and listen to their proposal.

“According to my information, Kyrie Irving will agree to an interview with Lakers.” The Lakers will be able to get Kyrie Irving. I’m not saying that he will go with the Lakers. “I don’t know what he will do, but as a free agent, he will interview the Lakers”. Smith believes that the guard ” Boston ” Kyrie Irving will discuss with ” Lakers ” the possibility of signing the contract. Irving has been ruled out for Tuesday’s game against Washington due to a right knee contusion, although the injury doesn’t appear to be serious.

Anthony Davis, Boston, the Lakers, and a few other things that may upset you. Please be aware that this is our subjective point of view.

The regular NBA championship is coming to an end smoothly. Some teams still have local tasks on the type of distribution of places in the playoff grid, but a significant part of the teams have already made their choice in favor of the calm viewing of the final season of the Game of Thrones, not looking up at all sorts of trivia. And if the remaining matches are still able to influence the distribution of places in the list of pleasant surprises, then everything was decided with disappointments a long time ago. And so you can safely begin the discussion. Everyone had their own expectations, which were justified or not, this is normal.

Well, the second amendment – the point of formation of expectations was the position before the start of the season. In other words, if I initially considered Dallas to be a strong fighter for the 13th position, but after a vigorous start someone had time to form high expectations, which then collapsed – but that is another story.

NBA changed the rules in order to make the game more dynamic and attractive. This led to a huge increase in interest in basketball and, accordingly, profits. But any idea is good in moderation. The three-point revolution and position-less lineups have led to the fact that the current season has sometimes reached the point of absurdity. Obviously, only geeks like us can watch the tactical duel of the Spurs and the Grizzlies, which ended with a score of 90-89. But watching endless running around and around, which is interrupted only by penalties, is also a so-so pleasure. As a result: – rebounds are dying out in the attack, since many pivot points (if they are present at all on the court) do not even go to fight for them, immediately returning back to ensure a quick break. 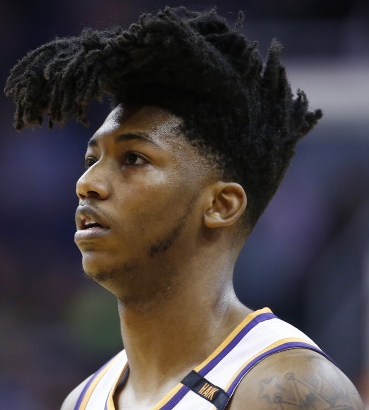 The value of any statistical achievements, especially triple-doubles, is at a historically low level, Elfried Payton recorded his fifth consecutive triple-double two days later with 19 points, 11 assists and 10 rebounds in a 129–125 overtime win over the Dallas Mavericks.

This tactic works especially well against weak ones who previously could fight with stronger opponents at the expense of aggressive and tough defense, and now they take out 40 penalties per evening because now any hint of defense is a foul.
By the end of the season, the situation calmed down somewhat, but globally a good half of the matches were watchable for representatives of the Chinese market, where people pee with boiling water from 60-point Beasley or Fredette performances. But many experienced fans have ceased to watch matches live, downloaded them in the record and watched at a speed of 0.5. However, while not so bad, there were more matches that we wanted to turn off for the break when the score was 85-70, but there were still enough good matches.

Therefore, this can be considered a good reason to rumble about “it used to be better,” but there is no reason to globally tear your hair.

Even before the start of the season, many recorded the Celtics in the unconditional favorites of the East. The logic was really simple and clear: the team without Irving and Hayward reached the final of the conference and arranged a sweet life for LeBron there. What will happen if we add two recovered superstars to this same colossus?

To say that Boston didn’t meet the expectations just a little makes no sense – if you read these lines, then you saw the table. What was supposed to be a team without weak points and the main competitor of the Warriors, turned into a human centipede, where everyone does something, but everyone has a head in a certain place. And in the place of honor leader Kyrie Irving. Or rather, the words “leader” was extremely difficult to pronounce along the entire season. Kyrie took a step forward to take two back. He first praised the partners, and then criticized them, took the burden of leadership, and then called LeBron and complained about his fate, decided in the end, and then expressed his complaints to the coach.

Celtics fans were afraid of every new interview of their star because they did not understand what to expect – speeches about responsibility, criticism or discourse on Thanksgiving Day. In the end, Irving’s internal struggle with himself led him to stop answering questions about his future at the club. All this only alienated him from the team and gave metastases in the form of local conflicts between other players.

It is worth mentioning separately Stevens, who is also obliged to accept part of the blame: he frankly failed to cope with the role of someone who must meet high expectations, rather than exceed low ones. But the coach is always used to rely on the leaders of the team, who are his voice in the team – and this Kyrie obviously did not help. However, for the Boston team season is not over, and Irving himself recently repented and admitted that he suffered nonsense during the entire season. Perhaps this will fix the situation. Well, this looks like another appearance of Dr. Jekyll, after which one should wait for a new performance from Mr. Hyde, which will fix the current situation.

Scarlett Johansson in a Bright Image in Disneyland California

It's great when your favorite movie characters unite in real life and delight fans with pleasant meetings. Scarlett Johansson, Brie...