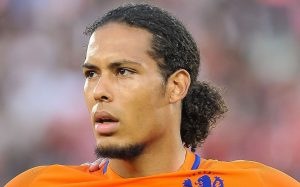 The Liverpool head coach Jürgen Klopp, after a home draw against Bayern in the first match of the Champions League 1/8 final, said the team wanted to achieve a different result. Liverpool had more chances during the first half of the match. There was not a single moment where one of the teams had a chance to score in the second half. From this point of view, it was not a match worth to mention in the Champions League.